My son asks a lot of questions. Some are impossible to answer. Some only difficult. This holiday season his questions have centered on religion. Many of his friends and teammates are Jewish. Some are of a Christian denomination other than his own. I do my best to describe the differences and tell the stories behind them. Being a bit of a history buff, my eyes probably animate as I try to impress upon him the significance of shrugging off Hellenistic authority. It’s only a matter of time, however, before his glance looks less like that of a student and more like someone at a circus. A hint to tack to something more tangible.

Food tells a story. It’s a tangible link to the culture. It’s one thing to explain how oil could be so important, for example, but it’s more gripping to taste it on the golden crust of a latke. It’s like a handhold for grasping the history. Or I like to think so.

Plus, there’s the process of preparing the food –I fancy it a window into what might be happening in the kitchens of his friends’ homes. A lot of the magic that happens during the holidays, comes from the kitchen.  Imagine all the little processes learned year by year until they are understood intuitively, by feel, beyond what a recipe could impart. Cooking is a different delivery of history that may happen without reading or even speaking a word. It’s a whole different library of sights and sounds.

The ingredients themselves tell a tale, such as what land once provided or nobility denied… why a peasant called “pig” what gentry calls “pork”. while Differences may appear in what is cherished or forbidden, but the common experience of sharing a meal is what ultimately stands out. Then glaring differences transform into something exotic and alluring rather than foreign or frightening. 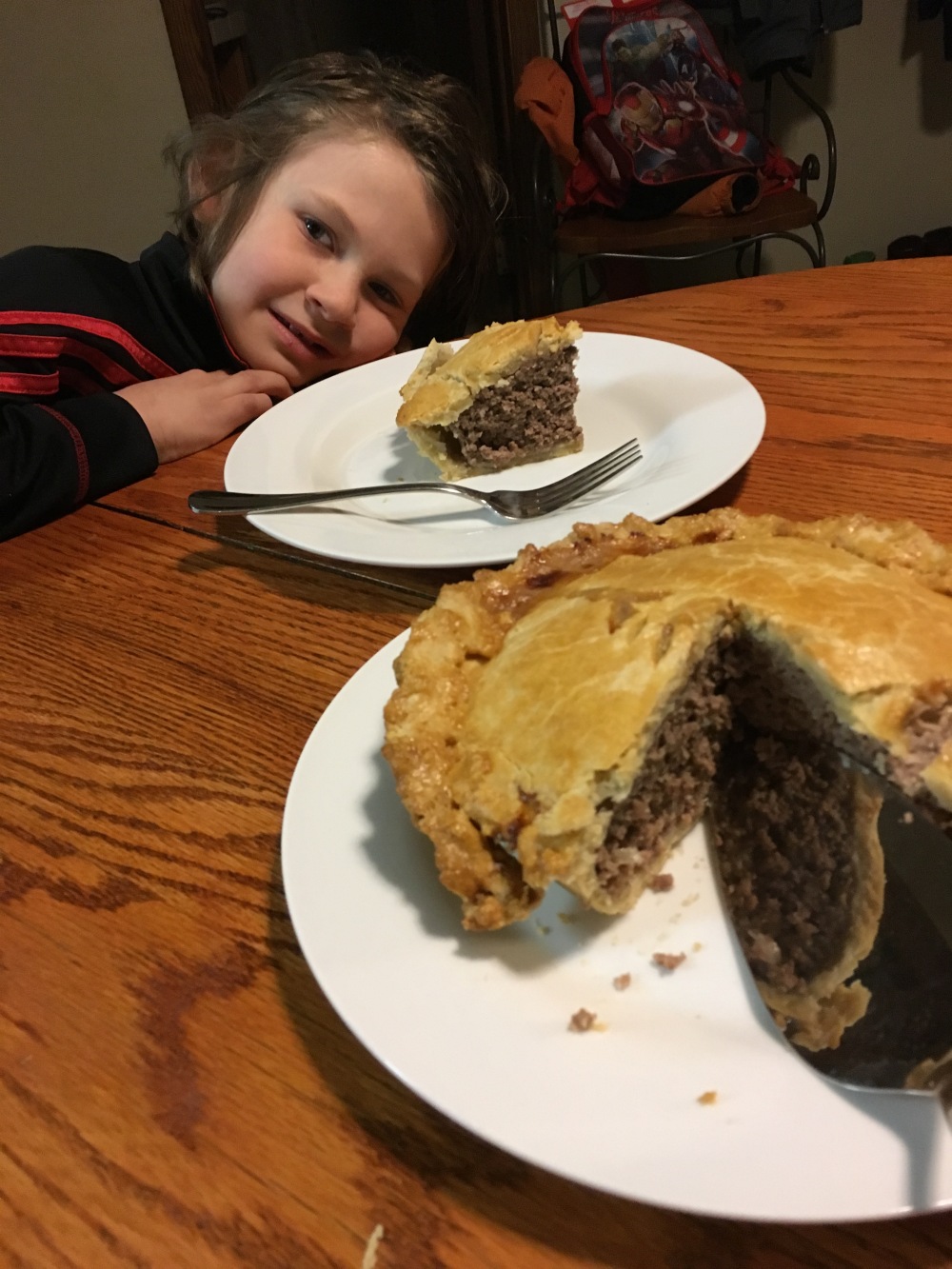 Exploring traditional foods is a good way to experience where people find comfort. Is it fair to suppose that an understanding of someone’s source of comfort is a good start for a comfortable relationship?

That’s my theory, anyway. If it falters, at least we ate. And it didn’t feel like a sermon. Even if this post kind of does.