Skip to content
I sleep much lighter than before we had a full house. It’s been so long, I forget that sometimes. There have been nights that the sleep didn’t really even feel like sleep. When a child is sick, for example, sleep is a veneer.
Last night I slept soundly. At the end, at that sort of twilight of sleep, where the body stretches, and consciousness just kind of creeps about the periphery, I heard a whimper. A sort of blunted whine, a kick, and a shiver. I reached down to place my hand on Roscoe’s belly.

Roscoe is our doxie. 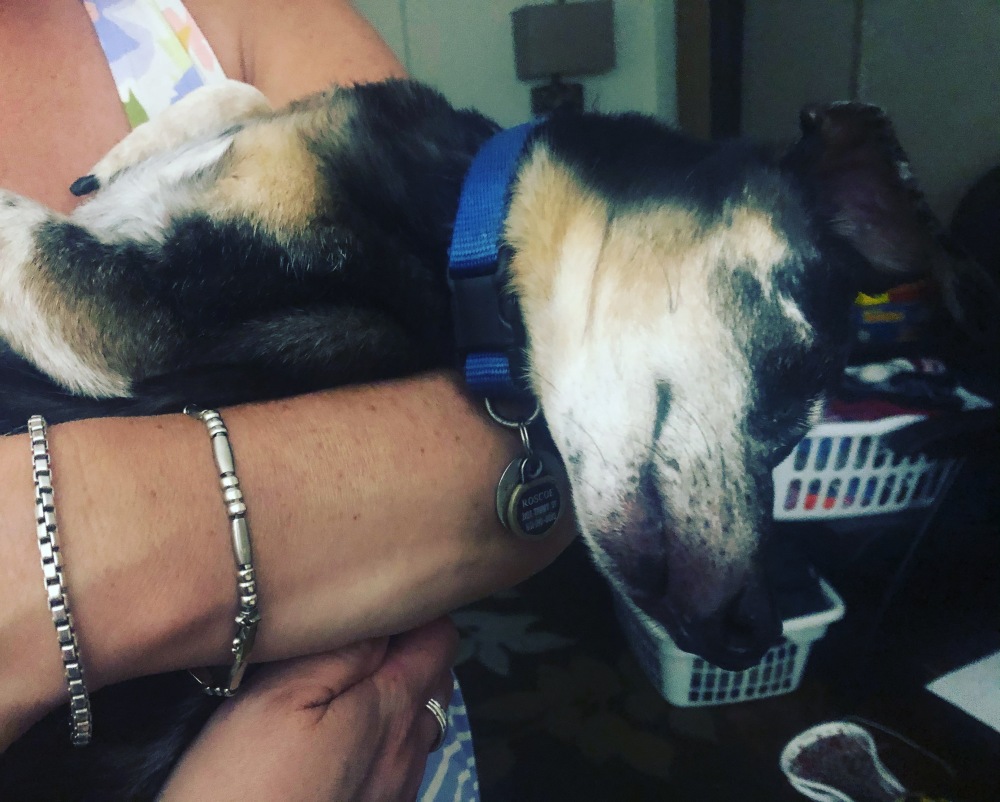 He doesn’t see at all well anymore, and his hind legs won’t obey him. It’s hard not to remember when the same condition set upon his companion, our other doxie, years gone.
The biology fades, but the spirit is defiant. It’s a dignified resiliency, that seems unique to a dog.
I remember when I stopped waking each dog from his dreams. The first time that I ever did this, I was a child with a puppy.  It was also the first time I really basked in the bond of empathy. Of course I’d never have said it this way at the time. You feel you’re sparing a creature from some imagined discomfort that feels very real to them. The act costs you as near nothing as is possible. It’s barely more than a thought. Less than an exertion. It’s a tiny exchange, yet with an enormous emotional context. Something that the eyes of God or Works of the universe might probably be too busy to take notice of.
But I stopped.
The dogs stole real stretches of running here and there, but absent trust in the legs or eyes or both, it is a gamble – wagered only in those instances that they feel the whole height of the confidence they once imposed upon their worlds. To let him run, if only in his dream, is the empathy now.